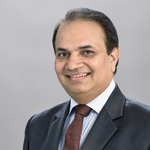 By Babulal Varma. The author is managing director of the Mumbai-based Omkar Realtors & Developers, one of Mumbai’s leading realty firms in redevelopment and luxury housing

Way back in 2003, our debut in Mumbai’s Redevelopment space was purely a business move to explore the implementation of Maharashtra state’s government policy on Slum Rehabilitation (SRA).

We were made aware, by multiple stakeholders, that SRA is the most challenging sub-vertical or by-product of the Indian real estate business, primarily owing to the wide trust deficit between private developers and slum communities. The policy was uniquely conceptualised for Mumbai as half of the population was living in slums in absolutely deplorable living conditions.

No other city in India or any urban environment globally had such a record population living in slums. The latest data shows close to 6.5 million slum dwellers still residing in Mumbai.

I remember our hunger and enthusiasm to deliver quality rehab houses was preceded by the challenge of a major trust deficit amongst all key stakeholders. No known or credible developer showed any keenness to deal with slum communities with a fair share of obstacles.

We realised right at the beginning that while keeping up to commitments of a complicated rehabilitation cycle was crucial, the key doctrine to implement an SRA project would be in-depth and sustained awareness and social engagement with these communities.

By default our on-the-ground team members were extended family members for these communities having immersed themselves in all social matters of every slum dweller, while in parallel implementing the rehabilitation process. The term CSR was alien to me and my team.

Somewhere in 2013, a visiting foreign dignitary pointed out that our CSR effort was commendable. At that stage, we realised that our unorganised social and philanthropic engagements in the areas of healthcare, education, women empowerment, and sports & culture touching lakhs of slum families was making a big difference as a social doctrine in slum communities. We decided to scale it up and make it more organised with the introduction of our CSR arm Omkar Foundation managed by a highly professional team.

In the last three years, the Omkar Foundation has reached out to more than 30,000 urban-challenged citizens in critical areas of healthcare, women empowerment, environment and skill development. This includes communities who don’t have any connect with our business module.

Our organised CSR effort has ensured skilling of more than 3,000 unemployed youth and women from the weakest sections of the society, healthcare intervention for more than 25,000 needy target communities and more than 1,000 families following eco-friendly cooking

Our three buckets of collaborations to execute CSR programmes directly and indirectly include corporate CSR partners, NGOs and NSDC-affiliated skill experts, spanning 60 training centres across Mumbai. We are working with some of the most credible and productive CSR partners including Godrej, L&T, Asian Paints, ICICI, Save the Children, and HelpAge India, amongst others.

In the country’s housing vertical, CSR has a critical role to play, for transforming lives of urban challenged and some of the weakest sections of society. Providing permanent shelter is the key task but empowering these communities with good health, skilling and employment makes it a 360-degree life transforming cycle.

For the large volume of Indians living in slums and being deprived of a basic social status and a meaningful future, the government, along with the private sector, will have to scale up its implementation process. And the implementation curve needs strong CSR intervention from the
corporate sector.