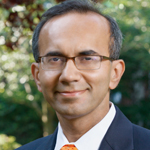 Roughly five of the world’s seven billion people remain locked out of the economic and social mainstream. The result is rampant inequality, polarisation and resentment, even while the privileged few benefit from dramatic material progress. In India, recent management consultancy reports suggest that almost a third of the population is truly struggling, whereas if we include the group barely above this category as also ‘excluded,’ we are up to 75 per cent or so. How can we better facilitate economic and social inclusion across the developing world?

As an applied social scientist and business academic, I’ve written extensively on the constructive role that business – much-maligned for being uncaring over recent decades – can play, and has played, in facilitating economic and social inclusion across the developing countries. But in this column, I want to shine a light on one neglected role of science, normally relegated in citizens’ minds to ivory tower academics labouring in isolation in disconnected laboratories. Along with business, science can facilitate dramatic social and economic inclusion.

First, let me suggest a baseline where there is significant entrepreneurship in a science-intensive setting, but it’s not brought about through scientific advance per se. My intent is to say that we can exceed even this level if we truly embrace science.

Consider the pioneering Bengaluru-based entrepreneur-surgeon, Devi Shetty. I have studied and extensively taught about his journey from managing tertiary care hospitals in Kolkata and Bengaluru to a public listing of Narayana Hospitals, and through the early stages of global expansion. His model to provide affordable tertiary care to the masses resulted from iterative experimentation. He recognised the reality that in countries like India, there is a deficit of highly skilled surgical and medical talent (relative to the needs). But there is also a surplus of lesser-skilled talent that can be gainfully employed.

So-called ‘task shifting’ has to be carried out from the unavailable skilled medical personnel towards the lesser-skilled folks, through a system of protocols, algorithms, and governance regimes that make this happen systematically, and efficaciously. Thus, tasks earlier performed only by senior surgeons were passed down to junior surgeons under supervision, and similarly, their tasks passed down to lesser-trained personnel. This frees up senior surgeons’ time, allowing them to perform more surgeries a day, and gives junior surgeons and personnel training at an earlier age. This has resulted in dramatically lower surgical costs than anywhere else in the world. This model is now influencing care around the world. This method reflects the scientific mindset – relentless hypothesis-driven experimentation – but there is no pure science per se.

Let me stick with the healthcare setting and turn to science using the example of a venture that my students and I are building: Jana Care, a mobile-enabled chronic disease diagnostic platform. We fight chronic disease with a piece of paper, a drop of blood, and your smartphone. It sounds simple, but to make it happen, there is some pretty neat applied science going on. A small device that attaches to any smartphone comes with a testing strip. The strip can be customized to test for a range of biomarkers.

To develop the strips and the device, we bring together chemistry, of course, but also material science, physics, optics, electronics and computer sciences. Whereas normal glucose monitoring can be done by many over-the-counter devices, diabetics often need to check other measures of their well-being (e.g. HbA1c levels) for which they currently have to go to a clinic or hospital which, for the most part, are inaccessible in the developing world and expensive in the developed world. We are able to do this instantly on any smartphone, very cheaply. So, thanks to science, potentially hundreds of millions in diabetes-afflicted regions such as India, China, and the Middle East, can access diagnostic care. The reduction in lost productivity hours, not to mention improving human lives and increasing longevity, is incalculable. This is the ultimate social and economic inclusion. Jana Care is now developing tests for kidney failure, liver disease, heart failure, and diversifying into animal health.

Here’s another example from the broad area of computational science. Aspiring Minds, a company I co-founded about a decade ago, uses artificial intelligence to create recruitments tests to match individuals with organisations. It now operates out of Delhi, Beijing and San Francisco. Here, the research is in machine learning (as distinct from other parts of artificial intelligence, for example, symbolic manipulation) to find patterns in data that can inform decision-making. The analytics of creative algorithms is married with the science of psychometrics to develop cognitive and non-cognitive assessments.

How does this algorithmic science facilitate inclusion? It turns out, it does so very directly. In fact the company was founded with the aim of resolving what is sometimes called the ‘Lost Einstein’ problem, that is, the idea that we can locate talented youth in under-trawled pastures. There is no credible way to ascertain the quality of talent in non-mainstream locations, which is a big reason mainstream organisations all recruit from tried-and-tested familiar spots – urban areas, elite schools and so on. Talent in vast swathes of society goes unrecognised and unheralded. This missing markets (for talent) problem is the one we set out to solve with the aid of better algorithms.

Today, in multiple countries, we test over five million kids annually and facilitate hiring by thousands of mainstream companies. For example, in India, we find that not being from an elite college normally – without our tests – reduces your chance of finding a job by 24 per cent and results in 20 per cent lower salary, once we control for your aptitude and measured success. As a measure of the efficacy of Aspiring Minds’ tests, their use results in 79 per cent of those securing jobs through us coming from non-elite colleges, as compared to 58 per cent in the open market. Further, the salaries of those placed through our tests depend only on the test outcome, and not on other parameters (gender, race, urban versus rural location, etcetera), so the possibility of exclusion through common forms of discrimination is markedly reduced.

Narayana Health is in a science-intensive setting, but it is not engaged in advancing science per se, despite its incredible run. The Jana Care and Aspiring Minds examples, however, embrace science much more directly in attempting to tackle significant developing country problems. They show that even small companies can engender dramatic inclusion with an engagement with pure science. Imagine if large, incumbent, perhaps even ‘old school’ companies, not to mention universities and often state-run laboratories in the developing world were to embrace science directly!

The metrics we conventionally use, while informative, might also inadvertently discourage R&D spending as a proportion of GDP (India at 0.8 per cent, compared to China at 2 per cent, the US at 2.7 per cent, Japan at 3.4 per cent and Israel at 4.2 per cent), patents filed (in 2017 in the USPTO, the US filed 293,904 applications, China filed 29,674, and India filed 9,222) and peer-reviewed science and engineering articles published (US and China were at 400,000 in 2016, while India was at 100,000). But we have to start somewhere. As important as raising the spending level is learning to spend wisely.

We should stop equating poverty or under-development with science-unfriendliness. It does not have to be that way. As the examples above suggest, mine is not a Panglossian view. We don’t have to have only large capital-intensive versions of science after all. And, evidence of the linkage between science and social inclusion is already around us if we care to look for it. Science, for example, has led directly to the precipitous decline in costs of computing and mobile telephony which affects the developing world daily.

Science can provide the spark that triggers inclusion.