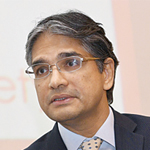 By Sreeram Iyer. The author is COO (Global) for ANZ Bank’s Corporate and Institutional Business based in Singapore

Corporate Social Responsibility (CSR) has become a prominent opportunity and a key enabler for long-term sustainability and success of progressive enterprises. ANZ Bank is no different. As an organisation where our purpose is: “to shape a world where people and communities thrive”. ANZ prides itself as a values-driven organisation with a focus on Integrity, Collaboration, Accountability, Respect and Excellence (iCARE).

Education is an investment in a country’s most vital resource: its people. In Vietnam, for example, in 2014 the total number of 5- to 14-year-olds who had never attended school was about 715,000, with a much higher percentage in its rural, mountainous, remote and isolated areas. This was particularly true for poor children, migrant children, children with disabilities, ethnic minority children, and especially ethnic minority girls. One of the challenges for the education sector in Vietnam is the lack of appropriate infrastructure and facilities in many locations across the country, especially those located in remote and isolated areas, affecting inclusive education.

It all began on International Teacher’s Day on 5 October 2013 at a regular global business conference held in Indonesia. On the final day, the challenge to the team that had attended the event was to come up with a bold, tangible vision to positively impact the community with education as the theme. Impressively, those who attended the conference signed up to build new schools for 4,000 kids in Vietnam over 4 years. Why 4,000? Because at the time, the global team size of the COO function comprised 4,000 ANZ employees.

Fast forward to 2018. ANZ, the largest foreign bank in the Greater Mekong Region completed the construction of the 10th physical brick-and-mortar school in Long Mỹ District, Hau Giang Province – one of the poorest provinces in Vietnam. This marked the culmination of its innovative four-year-long Project “3E” (Educate – Enrich – Employ) in partnership with local government organisations, education ministries at the Province, and Saigon Children’s Charity (SCC). This was set up with one mission: To provide access to quality schooling in Vietnam in a sustainable way.

Project 3E focused on education to fight poverty, enrich people’s lives and support their future employment. The community programme aligned perfectly with the Sustainable Development Goals laid down by the United Nations, from the perspective of obtaining quality education. Project 3E had four simple principles:

Access: to give the opportunity to children, who live in poverty and have a limited chance to attend school, to receive schooling;

Quality: to focus on a few targeted locations, and equip children with the knowledge and skills they require for employment prospects and a brighter future;

Schooling: to build and enhance school infrastructure (such as classrooms) as well as provide the materials and resources required to effectively run a school and deliver a quality education;

Sustainability: to create infrastructure and a community impact that lasts far beyond the lifespan of Project 3E.

Alongside already existing locally-driven CSR activities, the ANZ-SCC team embraced the challenge of how they could harness the collective efforts and energy of the global COO team to make a very substantial difference via a single, targeted project over four years.

Among the many memorable experiences for the ANZ team around the world was the challenge to raise enough funds to achieve the goal. At one point, in 2016, the teams were facing acute shortage of funds to complete the ninth and the 10th school. One creative idea was ‘The Great Cycle Ride’ – a fundraising event where several hundred ANZ employees based in our teams from all over the globe – New York to New Zealand – undertook a cycle ride. The teams raised more than $100,000 and solved the crunch in 24 hours! Eventually, ANZ staff alone raised a total of $A650,000 for the project. This was the key learning and equally a challenge: motivate the teams to come up with creative ideas every month on how to raise funds.

As an organisation, we’re very grateful to our partners from SCC who provided us with a constant focus on both the ‘hardware’ and ‘software’ – a combined approach of investing in both school infrastructure and student participation and involving monetary as well as non-monetary means of supporting the target community.

While the building and construction phase of Project 3E has now completed; as a bank we look forward to seeing the students involved continue to flourish in the years to come – perhaps even becoming bankers themselves in the future.