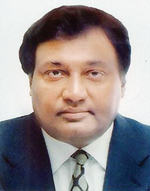 Over a century ago, much before Corporate Social Responsibility (CSR) found a place in corporate vocabulary; it was already textured into the Bajaj group’s value systems. The group founder, Shri Jamnalalji Bajaj, a great visionary, philanthropist, and ‘sant’ espoused the trusteeship concept of management and took the unprecedented step of using business to serve society. With ‘service above self’ or ‘beyond ourselves’ motto, he always believed that the wealth that one generates and holds, is to be held in trust for our multiple stakeholders and society at large. Pujya Jamnalalji always focussed on ‘honesty over profits, action over words and common good over personal gain’. He strived for a free India, a socially conscious business and a forward looking society.

“Jamnalalji surrendered himself and his all without reservation. There is hardly any activity of mine in which I did not receive his full hearted co-operation and in which it did not prove to be of the greatest value... whenever I wrote of wealthy men becoming trustees of their wealth for the common good, I always had the ‘Merchant Prince’ principally in mind” said Mahatma Gandhi, while referring to Shri Jamnalal Bajaj, whom he “adopted” as his fifth son.

Amongst us brothers, only Shri Rahul Bajaj, head of Bajaj group had the good fortune of seeing our grandfather as a child, as Jamnalalji passed away in 1942. Jamnalalji’s sons Shri Kamalnayan Bajaj and Shri Ramkrishna Bajaj, under the guidance of Gandhiji and Vinobaji lived the life devoted to wellbeing of the nation and downtrodden following in footsteps of Jamnalalji. Their ‘Kathni and Karni’(words and action) were the same. We were also fortunate to receive guidance from our grandmother Jankideviji who was the first lady to receive the Padma Vibhushan from the government of India, and was as dedicated to the philosophy of Jamnalalji and was a committed follower of Gandhiji and Vinobaji.

Setting up educational institutions and hospitals, opening our temple in Wardha for the first time in India to Dalits and setting up of industry was part of our family’s commitment to nation building.

Further, sustainable livelihood through integrated agriculture development; skill development and vocational training; self help groups; farmers co-operatives; women upliftment and women empowerment; supporting arts, culture, & heritage – one example being our involvement and support to the Bhau Daji Lad Museum in Mumbai; and awarding and honouring people (three in India and one internationally) who have aligned themselves for community development through, constructive programmes based on Gandhian values under the Jamnalal Bajaj Foundation. Also there is the IMC Janki Devi Bajaj Award and the Ramkrishna Bajaj National Quality Award. We have contributed to sanitary hygiene – started the one House-one Toilet project in villages 35 years back.

I was very fortunate to be a three-time All India Table Tennis Champion and Arjuna Awardee and had the privilege of captaining the Indian team for many years. I always wanted to give back to sports. Besides promoting table tennis, I am a director of Olympic Gold Quest (OGQ), which is a not-for-profit organisation whose focus is to bridge the gap between Indian sports champions and world champions. At present OGQ supports 99 athletes in various Olympic sports. India has a long way to go to qualify as a sporting nation as we have won very few Olympic medals which are the pride of any nation. In last two Olympics, Indian athletes won eight medals of which five were won by athletes supported by OGQ.

We are also overseeing education at Wardha through Shiksha Mandal, a 100-year-old institution which runs seven colleges in Wardha and Nagpur. We support our group NGO, Jankidevi Bajaj Gram Vikas Sanstha, which does integrated rural development as well as works in urban areas with slum dwellers through Samaj Seva Kendra. We also have the Kamalnayan Bajaj Hospital in Aurangabad, which provides super speciality but affordable healthcare services. Our traditional focus has been to reach out to the poorest of the poor in rural areas.

We believe that “Corporate Social Responsibility’ is a very large term. It encompasses business ethics, resource efficiency (frugality), societal impacts etc and of course philanthropy. For us at the Bajaj group, this larger definition of CSR has always been a part of our DNA – how you run your business and have earned your wealth is as important as how much you have contributed via philanthropy. There can be no compromise there. The new CSR rules however focus on only one aspect of CSR. My fear is that the new generation of business leaders will believe that social responsibility is only about this 2 per cent and spending this 2 per cent absolves them of all other societal responsibilities.

The second large challenge I see in the CSR space relates to the way we are ignoring our own past. Almost all material that I have read in the last two years seems to start off with assumption that CSR/Philanthropy is this new thing that was born in 2014. Groups like ours, and other traditional business houses, have more than a century’s experience in philanthropy, and there are several others with equally sterling track record of decades of working on social issues and with civil society. Most of us have focused in creating sustainable solutions, in strengthening communities, and nurturing civil society. For instance, last year the Bajaj trusts and group companies supported nearly 200 organisations. In contrast, a lot of new CSR is focussed on projects with short-term deliverables – often delivered via contractors or newly created business teams/foundations. This of course sits well with business leadership as it mimics the way businesses function with focus on short-term deliverables. My view of course is that in both business and CSR, we need to look at the long-term agenda. Gandhiji’s expectations of “wealthy men becoming trustees of their wealth for the common good” cannot be met with a short-term delivery focus.

Finally, we have learnt from our elders in the Bajaj family that when the left hand gives, the right hand should not know. In today’s times, it happens often that people may do less but show off and talk big. We were taught that even in business there should be a spirit of ‘daan’ (charity ). However, today quite often even in Daan there is an element of business.