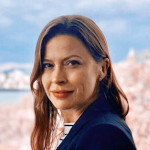 By Starlene Sharma. The author is advisor to start-ups and investors

For Anand Mahindra, chairman, Mahindra group, leadership comes with a huge responsibility. In this exclusive interview Mahindra says he is a firm believer that climate change needs to be addressed, and that no leader, no nation can afford to ignore this

Q How do you define climate stewardship? What are your views in the environment versus economic development debate? What are the respective roles for business, government, civil society and individuals?

A Drawing from various definitions of climate stewardship, I believe it is the responsible use (including conservation) of natural resources in a way that takes account of the interests of society, future generations, and other species, and meets the needs of the present without compromising the ability of future generations to meet their own needs.

I believe there is no trade-off. Climate action is the biggest business opportunity for this generation. Growth that disregards the impact on climate will be catastrophic. Government must enable, civil society must build the fervour for action, corporations must innovate, act and adopt a new path to growth, and individuals must adopt the solutions that emerge. In the Mahindra group we are guided by the credo of “rise” – a philosophy to drive positive change in communities through alternative thinking and accepting no limits. We are driven by the belief that sustainability is a business opportunity, a way of making life better for communities as well as a way to make work meaningful for our people.

Q When and how did climate change become an area of personal interest and concern? Was there a specific event or impetus?

A To me, sustainability had to be embedded in the culture of the group. That led to the articulation of ‘Alternative Thinking’ which stated that sustainability wasn’t just going to be about planting trees, saving water or cutting emissions. It had to go much deeper: functioning as a springboard for innovation, an execution philosophy and a mantra to build competitive and future-ready business models. There were a number of triggers. Our farm equipment business would incessantly discuss water availability. We were all experiencing weather patterns that were different from what we had grown up with and dealing with the implications on business. Gradually it all added up and climate change became an area of interest and concern.

Q When did your concern about climate change translate into business action?

A The story has been iterative. We had invested in solar power long before climate action became a fashionable thing to do. We had also invested in electric mobility because we believed that it was a thing of the future. That was the case with micro-irrigation as well. At some point in time we realised that the underlying reason why it seemed that all these businesses would make sense in the future was climate change! This epiphany led to an intensification in climate perspective of our business portfolio and we have gone on to enter businesses in converting waste to energy, responsibly recycling automobiles, building green buildings and so on. Sustainability is giving us a chance to give back more than we take.

The Mahindra Group and its subsidiary/affiliated companies have made significant climate-related commitments including to be carbon neutral by 2040 and aligning with the terms set out in the Paris Climate Agreement.

Q What are some of the other meaningful climate commitments (ie water, land use, electric vehicles)? What progress has been made against commitments so far?

A The Paris Agreement makes it clear that the planet must be net neutral by the second half of the century. This makes a commitment to be carbon neutral as a logical thing to do. But the journey to carbon neutrality necessarily means that we must practise energy efficiency, adopt renewable energy, sequester carbon, manage waste responsibly and re-look at the way we use water.

Businesses in the group have therefore made commitments to double the energy productivity, adopt 100 per cent renewable energy, be zero waste to landfill, become water positive and create a carbon sink that is large enough to offset emissions that remain after extensive implementation of energy efficiency and adoption of renewable energy.

We’ve actually made a lot of progress already:

In the past six years, we used 36 per cent less water to make every Mahindra vehicle

• Our revenue from green businesses such as electric vehicles, green buildings, micro-irrigation, solar power, smart it is more than $400+ million.

Q Are there areas where government should be doing better or policies that need to be changed?

A To my mind, the Indian government could focus on policy interventions to enable greater adoption of emerging technologies towards addressing climate change issues.

Q When considering climate finance, what is the role of global and local investment? Are there new mechanisms that need to be developed?

A Climate action will attract finance as each solution either become attractive or imperative. Already there are signs that climate finance is ramping up. There are specific ESG funds, Impact funds, IFC investments, Green Bonds, etc. which are enabling investments in new mechanisms.

A We already have many technologies that enable impactful climate action. Adoption of these must be enabled without delay. We are also on the verge of experiencing many more technologies that will help us make climate action stronger. The zeal to deal with the climate problem is leading to a number of innovations and this will only intensify with time. The Mahindra group is firmly behind these developments. Global climate change is arguably the most far-reaching and formidable environmental challenge facing the world today. Within one of our group companies, Mahindra Partners, we incubate businesses that have a strong connect with sustainability. That’s how Mahindra Susten (our Solar Energy business) was born! Another example is Mahindra Waste To Energy Solutions, a newly incubated business which arose from a skunk-works project being helmed by our R&D team at Mahindra Research Valley. They set up a closed-loop system where waste from their campus was converted to biogas used to run shuttles on campus. This was something that scaled up and turned into a business proposition across various towns and cities in India.

Q What does it mean to you to be a climate leader?

A To me, leadership comes with a huge responsibility. I am a firm believer that climate change needs to be addressed, and that no leader, no nation can afford to ignore this. While it feels good to be regarded as a climate leader, these are very early days and climate leadership has a long way to go.

Q If you were to provide one insight, inspiration or piece of advice to other business leaders on climate change, what would it be?

A Embrace the path. It will help the business, the people and the planet. To stay ahead in the race to attain sustainability in one’s business, a combination of meaningful actions born out of innovation, using the tool of technology along with productive collaboration will help us gallop to the winning post of sustainability.