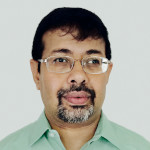 By Sanjoy Sanyal. The author is Founder, Regain Paradise

Bill Gates says the world needs “lots of clean energy innovation” and that he is planning to invest $1 billion in clean energy over the next five years. Together with investors such as Jeff Bezos, Jack Ma and other ultra-rich individuals, he has launched Breakthrough Energy Ventures. Its ambitious goal is to ensure that people across the world can enjoy a good standard of living without contributing to climate change.

Countries across the world have set high targets for renewable energy in their nationally-determined contributions, after the Paris Agreement. Targets for renewable energy contribution to electricity generated, electric vehicle penetration in three years to 10 years’ time are being pronounced. Clean technology entrepreneurs should ignore these grandiose announcements. The reason is simple. Their customers do not care. Customers care about saving money; they care about pressing problems that need to be solved; most importantly, they care about their own jobs. They want a high-quality solution, which is not risky to implement.

Enter only an existing market:

Policy announcements such as those announcing targets in renewable energy, energy efficiency or electric vehicles create an illusion of a market. Entrepreneurs cannot serve a future market. They can only do business with customers that exist today.

Take the case of Shashikanth Suryanarayanan, who founded Sedemac Mechatronics with his postgraduate students at IIT Bombay: Amit Dixit, Manish Sharma and Pushkaraj Panse. Sedemac develops engine controls for two and three-wheeler vehicles and diesel generator sets. It is India’s leader in this product category and business has been doubling every year. When I met him last year, this product was literally flying off the shelf.

Sedemac’s customers are Original Equipment Manufacturers (OEMs), large companies which together make about 25 million vehicles every year. Sedemac did not always have it easy. The company started in 2008 and it took five years to make any revenues. Its initial product for the two- and three-wheeler market was a fuel injection system, which helps vehicles achieve higher emission norms by controlling the exhaust’s air-fuel ratio.

The product never took off as emission norms did not come into force (they were expected in 2010 but are now coming into force only from 2020). The ignition control system was, however, a winner – it served immediate needs at lower costs. The unique thing about Sedemac’s product is that it reduces the need for sensors. It has several benefits for its OEM customers – it saves costs because it uses fewer sensors. It allows Sedemac’s OEM customers greater flexibility to manage fuel economy and performance.

The example of Sedemac resonates with the experience of Saurabh Kumar, founder of Triton Synergies. Customers may care about the environment in their personal lives but when it comes to signing cheques on behalf of their companies, they only care about the money they can save and earn for their companies. Triton offers technology to reduce energy losses in process industries by modifying the flow pattern of gases. Kumar’s customers are in various industries: fertiliser, petrochemical and aluminium. But it is in the fertiliser industry that his solutions dominate: “in the fertiliser industry, most engineering professionals know us by the name”. He does not sell energy savings to its customers.

On the contrary, he says his technology helps them increase production with the same investment in plant and machinery. In one application, he improves the fan operations by making the air distribution more uniform. This allows the customer to increase the production without having to change the fan or the heaters. In another application, the more uniform distribution of gas prevents vibrations as the machinery exceeds rated capacity. In yet another application, it increases the capacity of gas turbines for power generation.

It is not easy to help customers drive economic value because the capital cost of deploying clean technology is high even as there are operational savings – which is why it is important to sell to the current customer segment. Take the case of Kiran Morass, who sold Promptec Renewables, an LED lighting company, to Havells. He set up Promptec in 2008 when LEDs were way too expensive compared to CFL lighting. Promptec decided to focus on the very niche market of solar lighting for rural areas. Even though LED lights were more expensive than CFL lights, their use actually brought down the system costs.

Successful clean technology entrepreneurs focus on sharp market niches where their product has an overwhelming advantage. This is what innovation gurus would advise. Geoffrey Moore, who basically wrote the rules of marketing high technology products in his books Crossing the Chasm and Inside the Tornado made the point that most customers are pragmatic, technology-neutral people who are waiting for references from people they trust regarding proof points that the product does work. They are also waiting for the product to come with all the necessary services that are needed to achieve the promised value proposition.

In Moore’s view, there is only one way to win over these risk-averse customers. Moore calls this the beach-head niche. Consider this a tiny chink in the armour of the market, the one window of opportunity through which to penetrate the broader market. Success is carving out a position of leadership within this beachhead. Then move to the next adjacent niche. This is counter-intuitive. Many entrepreneur managers would find it risky to focus on one customer segment and within that one application. But entrepreneurs rarely have the resources to invest in taking on the whole market. It is more likely to succeed by focusing.

Customers have a business to run. Even if they see potential economic value, they still must grapple with the risks of moving to a new technology. Successful entrepreneurs work extra hard to ensure that the customer experience is not compromised. Indeed, they try and ensure that the quality is in fact better than the existing products. Take the case of Mohan Agarwal, founder of Century Metal Recycling, which supplies liquid aluminium metal to its customers. The liquid aluminium is manufactured from aluminium scrap. This leads to environmental benefits at two levels. Century Metal supplies the liquid metal directly to the customer’s production line. It, thus, reduces the energy required to re-melt the solid ingots. The use of recycled aluminium also means that the large amounts of electricity required to produce primary aluminium from bauxite is saved.

The quality issues in supplying liquid metal are mind-boggling. The liquid metal plants must be close to that of the customer and Century Metal would be supplying liquid metal directly on the customer’s production line as many as hundred times a day. There is no way the customer can check the metal as it goes into the production line. Century has taken over this responsibility from its customer. It is not just about the quality of the product. It is the predictability of the service. Missing a delivery would mean a loss of production on the part of the customer. Indeed, by outsourcing, customers have now heightened expectations about product quality and service, which Century must meet.

It is often not easy to assure quality of clean technology which is being plugged into age old infrastructure. Energy-efficient LED lights – when introduced in India – had high rates of failure. NTL Electronics, founded by brothers Arun and Praveen Gupta, decided to solve this problem. The failure of LED lights was caused by the failure of LED drivers, electronic circuits which converted that the high voltage alternating current to low voltage, direct current that was used in the LED circuits.

The power quality in India’s distribution infrastructure often fluctuates. LED drivers would fail under these circumstances. NTL Electronics worked with its own supply chain to build driver components that could meet Indian power conditions within reasonable costs. It also worked to prevent over-heating of the LEDs – a common problem. NTL innovated by precise manufacturing that would avoid sudden discharge of electricity. It also used better insulation and conductive materials. But customers did not only care about failure rates they also wanted the same type of light that they were used to. The colour of the light emitted by the LED depends on the type of semiconductor material used. The company worked with LED suppliers to use material that would produce the ‘right’ quality of light, which would not change with the ageing of the material.

Focus on quality is something that Subir Chowdhury, the Indian quality guru, has been relentlessly making. He makes the point that it is not just important to innovate in bringing new products to the market. It is equally important to sweat the quality details to maintain a position of leadership. Quality starts with the supplier company listening intently. In clean technology, quality also means that customers and suppliers must listen to each other and work with each other closely.

When Century set up its first liquid metal plant, Agarwal, the founder of the company, sat down with the founder of his customer company and worked through all the details and planned for contingency situations. Both were excited, says Agarwal, at the prospect of doing something new. And his customers encouraged and supported him all along on this new path. In a similar vein, the founders of NTL Electronics also acknowledge that “we owe a lot to our customers”. NTL’s customers are the large lighting companies supplying the Indian market – Crompton, Osram, Panasonic, Philips.

Customers are hesitant to adopt more environment-friendly technologies without recommendations. Prices of solar panels have fallen significantly in recent years, but the capital cost of most clean technologies remains a daunting challenge. There is always a psychological bias to hold onto the existing status quo. Clean technology entrepreneurs overvalue what they offer, their customers undervalue what they get.

Investors and policymakers who would want to seriously support clean technology innovation should study the history of penicillin. Penicillin was discovered in 1928 and, by 1941, had cured its first patient. The history of penicillin development is a history of an unprecedented collaboration between scientists across the world, the government and industry and the user (US military). At the end of 1942, enough penicillin was available to treat fewer than 100 patients. By September 1943, however, the stock was enough to satisfy the demands of the Allied Armed Forces.

If a wonder drug is to emerge from the existential environment crisis, then investors and policymakers should actively support pilot testing and collaboration. They should throw open areas where clean technologies can be tested in as much as the US military allowed penicillin testing on wounded soldiers. And they should fund collaborative solutions between customers and companies to test specific solutions.

Policy pronouncements announcing targets for items like renewable energy and electric vehicles do more harm to the cause of innovation than one can imagine. First: it distorts markets by channelising innovation energies into one only one or two areas. Second: it draws in hundreds and thousands of companies in a nascent market, customers are confused and when customers are confused, they seek discounts. Soon, entrepreneurs are caught in a ‘fight-to-the-finish’ price warfare with no money and energy left to innovate.

Investors seeking to invest vast sums of money in breakthrough clean technologies need to remember that innovations start small. Innovative entrepreneurial companies take on market segments their size and establish positions of leadership. This allows them the relative freedom to move to the next market segment and invest in product development. Attempts to invest large amounts of money force companies to get into market expansion mode. With customers that are not ready, this is a sure recipe for failure. On the other hand, what they should do is to fund companies and their customers who are collaborating to solve specific problems that can create strong market signals.