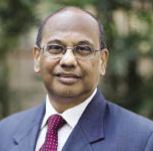 By Dr Ajay Mathur. The author is Director General, The Energy and Resources Institute (TERI)

World leaders gathered in New York at the UN Climate Summit this September, to present concrete plans to enhance their Nationally Determined Contributions by 2020, reduce greenhouse gas emissions by 45 per cent over the next decade, and to net-zero by 2050.

India’s progress in meeting its climate goals have been impressive so far. It is making giant strides in transforming its energy mix with significant additions in renewable energy capacity, enabling policies for grid integration, and large-scale measures in the field of energy efficiency. However, to reach a fully decarbonised economy by mid-century, one challenge that lies ahead is to eliminate emissions from hard-to-abate sectors of the economy such as heavy industry (cement, steel, plastics) and heavy-duty transport including heavy road transport, shipping and aviation. These sectors account for 30 per cent of total global emissions and have received little attention in many national strategies.

Given that the key action portfolios of this year’s Climate Summit include both energy transition and industry transition, it would be a great opportunity to focus attention on the hard-to-abate sectors. The global community recognises that the energy demand and consumption of developing countries like India will rise during their journey to come at par with their developed counterparts. And therefore it is desirable that there is a global impetus towards supporting countries like India in their transition to low-carbon energy systems.

India’s current level of material consumption is very low compared to developed countries, or other emerging economies. For example, India’s steel production per capita is just 11 per cent that of China, about 30 per cent that of other emerging economies, and about 25 per cent that of advanced economies. In the 2030 to 2040 timeframe, India’s demand for cement, steel, and other materials is expected to increase by a factor of three, if not more. India’s National Steel Policy, for example, envisages an installed capacity of around 300 MTPA (million tonnes per annum) by 2030 from the present levels of 100 MTPA.

Deeper mitigation actions in such harder-to-abate industrial sectors face a number of specific challenges, both in India and internationally.

Although the trade intensity of cement is negligible, steel and chemicals are more highly traded commodities. Changes in the cost of energy inputs can have a significant impact on profit margins and competitiveness. Moreover, given the energy intensity of these sectors, a rise in energy inputs costs may lead to intolerable price rises even for domestic consumers. Finally, in an environment of concerns about “jobless growth” and “deindustrialisation” in many jurisdictions, heavy industry sectors can be highly salient veto players in the domestic political economy.

Currently, mitigation options in the heavy industry sectors are limited to improving energy efficiency and shifting some direct energy consumption to lower carbon or zero-carbon energy carriers (biomass, natural gas, or electricity). However, this will only get us so far. India is already close to the global technology frontier in terms of the energy intensity of its heavy industry sectors. For example, in the cement sector, India is 17 per cent more energy-efficient than the EU28 and 7 per cent more CO2 efficient. A similar story holds for petrochemicals, but less so for steel.

In India, modern steel plants operate near the limits of practical thermodynamic efficiency using existing technologies. With most major energy savings already achieved, the scope for further large reductions in CO2 emissions is limited with existing technologies. In order to reduce overall CO2 emissions from the production of steel, the development of breakthrough technologies is crucial. Some of the technological options include using (i) Hydrogen as a reducing agent to reduce iron ore thereby averting the creation of CO2 (ii) Carbon Capture, Storage and Utilisation techniques (iii) biomass (like charcoal) as a reducing agent to partially substitute coal and (iv) electrolysis process to reduce iron ore using electricity.

Thus, for harder-to-abate industrial sectors, while incremental energy efficiency gains can still be achieved, deeper mitigation actions will require more transformational change to address: i) decarbonisation of high-grade process heat; ii) mitigation of process emissions through changes in the reducing agent from coke to hydrogen (steel) or capture of process emissions through CCS (cement); iii) circular economy and dematerialisation.

Overall, deeper mitigation in the heavy industry sectors will require major efforts in terms of collaborative technology development, demonstration and large-scale commercialisation of technologies that are emerging, but not yet proven at scale. If this can be done collectively at the global level, then the target of net zero emissions by mid-century could well be within our reach.