The churn within the realm of business 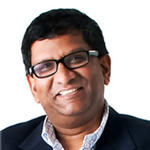 Since time immemorial, Indians have been known throughout the world for their entrepreneurial pursuits. Wherever any Indian set shore, they set up their small enterprise. Be it the corner shops in the UK, the Patel Motels in the US or the retail business in East Africa, the entrepreneurial spirit of the Indians has always been admired globally.

The same pattern held sway within the country as well. India was a land of entrepreneurs and the average Indian would start their small businesses and then would slowly grow the same. The businesses were varied – from running small shops, to being stockists of large companies, to becoming vendors to the government, to start-ups, to SME businesses in manufacturing – but this was the growth driver of the country in the early years, post-independence too.

And entrepreneurs always needed money to grow their business. India didn’t have access to private capital; and, so, the main funding source for small enterprises used to be bank funding, while the larger enterprises used the capital markets. That was, in essence, the Indian business DNA for decades till 2010. But, during the last decade, a remarkably interesting phenomenonhas appeared in the Indian psyche and the business world.

Let us take the life of an average successful entrepreneur in India’s Tier II/Tier III cities. The entrepreneurs of the hinterland worked hard to be suppliers to the government or ran their small manufacturing businesses. They built their business brick by brick. They rarely understood the value of equity and were driven by cash flows. Given the backdrop of the ‘sarkaari interference’, they would cosy up to the local government machinery, would keep two account books and would work hard to pay as little tax as possible.

While they lived in personal comfort, they rarely ensured growth of their business and would mostly starve their businesses out of cash flows. But they had strong aspirations for their children. They worked hard and send the next generation overseas – to the US, the UK, Canada or Australia – for their higher education. Once these children came from abroad with their new-fangled knowledge in business, they would try their newer ideas to make changes in their generational business. But alas, in most cases, they couldn’t make any changes.

The factory manager of his father’s business may have been there for 30 years and had loyalty running in his veins, but he would loathe any change. The main accountant was the family munim, who knew what to show in the business and what not to, knew all books of accounts and knew the entire history. The patriarch trusted him more than his children. In most cases, these new 4G foreign returned business experts could make no difference in the business and this frustrated them and they became disinterested in their family businesses.

Also, having seen the world, they loathed to see their parents work so hard, hated the dingy work environment and did not want tobe at the beck and call of the local political dadas and developed a dislike for the grime in the business. They wanted a more corporate role which they could not see coming their way. Indian entrepreneurs built their businesses for their children and their families. The thought that their children were not interested in their business filled the patriarchs with sheer disgust and a sense of despondency, which invariably led them to sell their businesses over time.

In India today, there are a number of buy-out firms and private equity players and, in some cases international players, who are seizing these opportunities to buy profitable and well-established old family businesses. These families are exiting the businesses and leaving the growth to their newer owners. And while this is happening, the 4Gs are turning investors.

This represents a shift in the country and we are living through it. The country is becoming a land of investors, who would be looking at investing in newer generation businesses led by professionals and notmultigenerational family businesses. This has happened to Mittelstand in Germany, which got acquired and sold to the larger corporates in 1990s and 2000s. This is being replicated in India.

Investors in the new age start-ups begin as angels or investors in various VC firms. They rationalise with their fathers that this hands-off approach and making money work will make better sense for the family. While the patriarchscannot fathom this, they concede to this thinking. This is evident from the fact that India is the fastest growing market in the world in terms of creation of private wealth and multi-family office businesses. Will these new 4G business families be happier as investors, than their earlier generations? Only time can tell.

Anarock is betting big on the rapidly-growing domestic realty market

Riding the downturn in the markets

IRENA, Opec ramp up RE transition

A surge in hydrogen vehicles

The consumer market is expected to lead the hydrogen vehicles space

Climate change drives millions out of their homes

Investment proposals galore in the state