The liquidity-driven rally is nearing its end 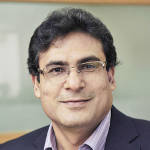 By Sanjiv Chainani. The author is managing director of Value Line Advisors Pvt Ltd, a Category I merchant banker. He can be reached at sanjiv@valuelineadvisors.com

After hitting the panic lows of March-2020, global equities have seen a sharp pullback. Indian equities have also followed the same path.

The huge liquidity infusion by global central banks has led to a bubble-like effect in equities. Global equities are clearly running on steroids of liquidity. The US Fed’s balance sheet size crossed the $7-trillion mark in July 2020 – a jump of about 85 per cent (from $3.8 trillion in August 2019).

Historically, precious metals perform exceedingly well when there is uncertainty on the economic front or on the geo-political front. It is very rare to see all these asset classes performing exceedingly well at the same time – especially during a disruptive period like this one.

The top-5 frontline stocks in the S&P 500 – Apple, Microsoft, Amazon, Google and Facebook – now have close to 23-24 per cent weightage by market cap in the index, the highest ever in history.

But is this rally and the absurd valuations sustainable? Let us look at the fundamental factors which could have a bearing on the market trend going forward. RBI has permitted a moratorium period for existing loan accounts. Many of these accounts are under stress to pay EMIs. Banks are lending more to these accounts by way of fresh top-up loans as per the government’s diktat.

These fresh loans are showing up as strong growth in the banks’ loan books. If business momentum doesn’t pick up soon, these could have an adverse impact on the economy with a sharp rise in NPAs. Many of these loan accounts could eventually turn bad. The picture will be clearer once the moratorium is lifted.

Many private banks are proactively raising fresh capital to face any uncertainties. Various bank heads and promoters have been selling their large stakes – Uday Kotak, Aditya Puri and Bandhan Bank promoters are a case in point. While part of this could be due to regulatory requirements, the timing of secondary market stake sell could be seen as an indication of what can be expected in times to come.

Only time will tell what lies ahead. The financial services sector has the highest weightage in the NIFTY 50 at around 33 per cent.

Despite the relaxation in lockdown measures, the eight core industries’ output declined 15 per cent in June 2020. Retail fuel sales have been falling, reflecting the weaker economic recovery. While various state governments are taking steps to open up economic activities, the disruptions caused by intermittent lockdowns is taking a toll on business operations. The demand environment continues to remain weak.

Central government finances are under stress as is reflected by their inability to pay the states’ share of GST as per the formula laid down in the GST Act. This is the first time this has occurred since the inception of the GST reform in 2017. The government’s tax revenues, too, fell by 32.6 per cent in the April-June quarter, resulting in a widening of fiscal deficit at the end of June 2020 to 83.2 per cent of the full-year budget estimate. This is going to have a cascading impact on government spending, going ahead.

The US GDP contracted by a stunning 9.5 per cent in the June-2020 quarter, a historic contraction due to Covid-19 disruptions. Eurozone GDP, too, shrunk at the fastest rate in history, losing 12.1 per cent, in the second quarter – significantly higher than the previous quarter’s contraction of 3.6 per cent. This contraction has occurred despite the huge liquidity infusions made by the respective central banks to support their economies.

As a part of the stimulus, the US government has been making direct cash transfers to its citizens with the aim of averting an economic crisis caused by Covid-19. A large part of this liquidity is coming back into equities as newly unemployed, inexperienced investors have started betting on the stock markets. This Robin Hood effect could eventually shrink once cash transfers stop as the US goes into election mode.

The NIFTY is already quoting a PE of 30x, much above the historically higher range, and with dwindling earnings prospects. It is time to be cautious on the markets.

Disclaimer: The views expressed in this article are personal and the author is not responsible in any manner for the use which might be made of the above information. None of the contents make any recommendation to buy, sell or hold any security and should not be construed as offering investment advice.