The right man for the top job 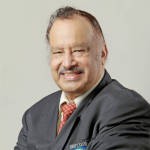 In yet another, familiar and heart-warming tale of the rise of the humble Indian to the high echelons of Western Institutions, Dr Srikant Datar (who takes over the Deanship of the prestigious Harvard Business School in January, 2021) joins an elite league of persons like Satya Nadella (MS), Sundar Pichai (Google), K R Sridhar (Bloom Energy), Arvind Krishna (IBM), Indra Nooyi (Pepsi), Subra Suresh (CMU), Padmasree Warrior, etc who have proved that with persistent hard work and commitment to cause, success and accolades are sure to follow.

The straightforward merit-based reward system of American Universities attracted many Indians (myself included) to pursue higher education and then settle down into a career in academia. This system lends itself very nicely to the conscientious work ethic, higher-order thinking skills and value-based psyche of the quintessential Indian. This could perhaps also be the reason why b-schools and engineering schools in the US have in recent years seen Indians bag the top-job. Deans Nitin Nohria of Harvard, Sunil Kumar and Madhav Rajan of Chicago-Booth, Dipak Jain and Sunil Chopra of Kellogg, Soumitra Dutta of Cornell, Jaishankar Ganesh of Rutgers, etc. and a host of Senior Associate Deans in various administrative functions in several premier schools in the US have all, throughout their tenure, generated tremendous reputation for India and NRIs all over the world.

Coming back to our story, on Friday, 9 October, President Larry Bacow of Harvard University, announced that Dr Srikant Datar, the Arthur Lowes Dickinson Professor of Business Administration, would take over as the 11th Dean of the world-famous HBS (whose hallowed halls pioneered the traditional model MBA and the case-study pedagogy). One may well understand that one of the best b-schools in the world would naturally find it a tough task to identify one person to lead the charge in the new era of management education – marked by revolutionary changes in format, pedagogy, evaluation, student demographic and so many other equally critical variables. What are the qualities, skillsets and personality traits that the dean-search committees of Ivy League b-schools expect in their deans? Why has Srikant, who not only matched but also surpassed the said expectations at least 15 years ago, been offered the Deanship now at the age of 67? What is the learning we can ‘take home’ from this ‘case study’ on leadership with reference to this particular event?

I will begin, (as is the norm with case studies) with some background information:

Qualification and pedigree are very important to join the Ivy League fraternity. These schools are a cut above the rest, are considered ‘tier-one’ and require candidates to be ‘exclusive’. Srikant ticks all these boxes and then some. Armed with a bachelor’s degree in Maths and Economics from the University of Bombay, a certified Chartered Accountant and Cost & Works Accountant, he is an alumnus of the prestigious IIM Ahmedabad wherefrom he graduated with top honours, and was selected to the even more prestigious Tata Administrative Services (which prides itself in recruiting and selecting only the crème-de-la-crème of the Indian professional population with a view to groom them to one day lead the Tata Group Companies – enough said!). Srikant entered Stanford University to further bolster his academic credentials with two master’s degrees in Statistics and Economics and finally his PhD.

He has held Professorships at the University of Alberta at Edmonton, Stanford Graduate School of Business, GSIA at Carnegie Mellon University and has been the Arthur Lowe Dickinson Professor of Finance at the Harvard Business School for the last 24 years. As the Senior Associate Dean overseeing different administrative functions, he continued to publish a staggering number of research papers and books (the 17th edition of his ‘Horngren’s Cost Accounting’ releases in 2021 and is an outstanding textbook which I have recommended to all my students ever since it first hit the stands). The numerous encomiums, distinguished awards and accolades that have been showered on him both in the US and in India were therefore richly deserved.

Around 15 years ago, Srikant developed a keen interest in innovation – he is also the Faculty Chair of the Harvard Innovation Lab. Is it idiosyncratic that an ‘accountant’ (who has to follow the rules) became invested in ‘innovation’ (where the rule is ‘there are no rules’)? Read on and you will see how it all fits in! It was also at that time that the sub-prime crisis plunged the world economy into depression; Wall-Street bankers and analysts were held responsible for creating poor financial products, reckless profiteering and greed; while b-schools were blamed for not teaching their students Values and Ethics, causing them to take a relook at their curriculam.

And Srikant, who was a Dean candidate at that time, was not selected for the position since his area of expertise was in Finance & Accounting. It was thought that his appointment would send a negative signal to the American community in the light of the backlash from the sub-prime crisis. Srikant not only took this in his stride but also co-authored a book titled ‘Rethinking the MBA: Business education at a crossroads’ capturing research by the authors on the state of b-schools in the country. If you have read the book, then you already know that right there – in those pages – was the next Dean of HBS. The book explored the validity of the traditional model MBA program, its relevance to the unprecedented times that were upon us, challenges that lay ahead and how it was necessary to restructure and rejig the program offerings to suit the needs of modern business, balancing it with the demands of the student/professional community. His school needed him and there he was with his innovative blueprint for the future – ready to usher in an all-new era in the history of Management education. Srikant Datar had well and truly arrived.

Today, yet again, we face a different adversity. Out of necessity, forced on us due to Covid-19 we are once again at a point where we need to re-imagine the way we teach our students. Once again, Srikant rose to the challenge – with remarkable ingenuity, creativity and resourcefulness, he demonstrated innovative techniques to ensure that the online medium of instruction can be made more exciting, extremely interactive, with the same levels of energy and enthusiastic participation of the students and faculty members as the face-to-face sessions. He re-engineered the art of teaching! In fact, I have personally had some fantastic discussions with him on emerging areas such as Artificial Intelligence, Machine Learning, Algorithmic Analytics and Block chain (AIMLAB) – which is a specialisation we offer for our MBA students at Great Lakes Institute of Management. As a member of our Academic Advisory Council, he has been a constant source of support to us ever since our inception in 2004.

Moving on, Covid-19 is creating tremendous hardships to all organisations worldwide. So also, HBS has to re-evaluate its priorities and use financial resources optimally. With Srikant at the helm, that is not a problem – the man is an accountant! Budgets, cost management, bottom lines, etc are like laddu and jalebi to him! (Cheesy, but true!). For those of you sceptical about the high costs of innovation, I urge you to look up his case-study titled “BMVSS: Changing Lives, One Jaipur Limb at a Time”.

Srikant’s experience as senior associate dean of all the important administrative functions has allowed him to learn by doing, and also pick up skills like resourcefulness, problem solving and troubleshooting and ‘whatever else they don’t teach you at Harvard’ (pun entirely intended). His Emotional Quotient has a strong foundation – by way of a principled, upper-middle class upbringing in India, strengthened by his student years at California leading a life of ‘constrained optimisation’ (putting existing resources to maximum use) followed by many years of experience in teaching, research and consulting. A huge fan of Mahatma Gandhiji’s teachings, Srikant truly believes in the principles of Dharmic existence and deeply values traits such as honesty, loyalty, friendship, fairness and equity, peaceful co-existence, etc. Srikant recently served on the university-wide Budget Committee to evaluate resource management during the pandemic as the HBS representative. His brilliant and ingenious suggestions have already been implemented and have proved successful.

I could go on waxing eloquent about why I believe that HBS has selected the right man for the top job. While diversity, experience, qualification, ethical considerations are all key variables in selecting the dean, the clincher is crisis management. Thriving in chaos with the ability to see the larger picture, to stand up and be counted, to be the person the community can depend on, to be passionate yet compassionate – these are the qualities we look for in a leader when the going is tough and Srikant has all these in spades.

Years ago, HBS made an investment in IIM-Ahmedabad – HBS was a key player in establishing IIM-A in 1962 and continues to collaborate over academic material and research projects. It is a fitting show of gratitude that a son of our soil, groomed and educated at the best b-school in India has proved himself worthy of the Deanship at Harvard Business school. Tradition dictates that the Dean at HBS must serve at least two terms (or a minimum of 10 years) and I am very excited to see the new initiatives and direction that HBS will take under the able stewardship of my good friend and colleague, Dr Srikant Datar. He is the perfect example of ‘quitters never win; winners never quit!’ Chapeau!