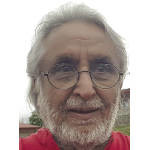 By Kirtee Shah. The author is a leading, practising architect in Ahmedabad

The IIM-A campus buildings are an architectural glory, a masterpiece. They are monuments to human creativity and awe-inspiring due to their form, aesthetics, elegance and understated grandeur. They relate with everyone who sees, stays or works there with a soothing message of harmony, peace, equality, inspiration and quiet efficiency.

It has been decided to re-examine the structural, functional and aesthetic viability and workability of the repaired, retrofitted and strengthened dorms with a view to ascertain if they could be retained to play their functional role properly, without in any way compromising the safety and well-being of students. This has been tried out in the 15th dorm and the help and guidance of local and international agencies, professionals and experts has been sought.

I would suggest inviting local ‘experts’ who are conversant with local conditions, to help. The fact remains that the problems these buildings face pertain to the building materials, especially the quality of bricks; their use in the exposed masonry work; construction joints; lack of protection that such exposed brickwork demands in Ahmedabad’s weather conditions; quality of construction and the RCC beams and slabs. In the final analysis the problems are: leaking roofs, cracking walls, disintegrating bricks, water seepage during the monsoons, falling concrete and opening joints.

My point is simple. If allopathy is not working at least try homeopathy and Ayurveda before leaving the patient to suffer or die.  There is no dearth of experts who may be consulted in this regard. We have ‘foreign-returned’ engineers and architects, many of whom were involved in the retrofitting and earthquake-proofing of old masonry structures following the earthquakes in Kutch and even Indonesia (the one which caused the fatal tsunami).

They would have a deep understanding not only of the materials, but of the construction and structural behaviour of buildings. Many of them would have also trained large numbers of masons and constructed hundreds of buildings with not only exposed bricks but even exposed structures with unburnt soil cement blocks. I’m certain they would be willing to assist in examining these buildings and offering their solutions.

Though it is understood that IIMA management will do all in its power to avoid it, in case it becomes necessary to redesign and reconstruct a part of the campus – an exploratory design exercise has already been done through a reputed local architect – it will be required to be done with the utmost sensitivity, creativity and a high degree of skill. It is understandable that global talent will be sought or tenders floated or bids invited. The suggestion here is to avoid the exclusionary conditions that ensure access to the privileged big names in the business. The job on hand needs a professional who is equipped and willing to study as a researcher, and work on the interpretation of someone’s design creation as a student, as it were. This is one assignment that will require getting in the skin of the original designer and only a person who has humility, a willingness to learn, an ability to analyse and interpret, no ‘isms’ to perpetrate and no baggage to carry, can do it.

I suggest an open idea competition to develop a design that fits the above need and purpose —design that truthfully and honestly translates the form, the spirit and the language of the original. That will be an opportunity for the young and the aspiring to come in and show their ability.

I am left wondering why some buildings in the institution are in this predicament just 50/60 years after it was constructed?  Why, in such a short period, do they require major repair and a big budget for restoration? Was it known that the exposed brick walls in this part of the world have problems both due to salt oozing, climate and the lashing of rain?

I have read that the bricks used were of an inferior quality and if so, why? Was it a budget constraint or non-availability of good bricks? And if it was known that the bricks were inferior why were they not protected? If the design and the form consideration did not permit plastering of the walls (which could well have happened) what other precautions to protect the walls (and thereby the buildings) were taken, as the walls are load-bearing structures?

Exposed brick walls, due to the reasons stated earlier, need protecting through design features, such as the overhangs one sees in Laurie Baker and other buildings in Kerala where exposed brickwork is normal. If the form consideration did not permit that, what other steps were taken and suggested for this exposed wall protection? Did not the international architect and the team know Ahmedabad’s climate features and weather characteristics? I am certain they had local assistants and advisors. What was their role and advice in the matter? Did anyone ever ask a contractor or a mason or any other experienced engineer how this matter could be fixed? Also, earthquake resistant design is mandatory and could protect the structure both from collapse and damage. Was this considered and provided for in the design?

Though the general impression is that the problems are recent, an alumnus, who studied there in the early '80s and stayed in one of the rooms of the dorm, has shared his experiences and said that the seepage, the dampness, the wet walls and other problems were present at that time as well.

Two questions crop up here. The first one is to those who designed and constructed the buildings. Is it possible that they created a great monument but constructed poor buildings? (not only the dorms and library but other structures, including the faculty housing, have faced similar problems). The second question is to those responsible for maintenance: why did it take almost 30/40 years to fix these problems? What is really intriguing—and shocking – is that the management has been driven to the extreme of deciding to demolish a good many structures. The poor maintenance of buildings is not a new thing with us. Not only are individuals, but even institutions notoriously negligent and uncaring. Yet, how many reach a stage, so early in their life, of a safety hazard dictating a demolition verdict? That once again points to the first question: are the design decisions and the construction faulty, innately flawed?

The management of the IIMA should examine these issues from every angle. It neither lacks finance nor institutional arrangements to address this matter. The type of deterioration and decay seen in these buildings takes a long time to occur, and one would be of the opinion that proper maintenance, even if it does not avert the problem altogether, could certainly delay it. The questions are mainly to the management of the institute. Has the building maintenance manual been prepared and provided by the architects to the institute? Is it being followed, especially as vulnerability is inbuilt in the design in the form of exposed brick construction?

One should inquire into the facts and the IIMA director ought to get this matter studied and examined properly. In fact, the suggestion is for a public inquiry. It is not so much to apportion blame or to damage reputations or question greatness, though professional accountability should be sought. The inquiry would be to get the facts, plug the holes in the system and to learn so that we do not face such ‘tragedies’ again, as someone concerned commented. Ahmedabad, other cities and the country has still to build many institutions of learning and public buildings.