Vinati Organics, a global leader in the manufacture of organic chemical intermediates and specialty chemicals, has a good fan-following in the capital markets, as is evident from the fact that its Re1 FV shares (split from Rs2 FV in February 2021) touched a 52-week record high of Rs1,944 on 23 June 2021 – nearly Rs1,000 higher than the price that prevailed a year ago (Rs947 on 31 July 2020). At the current price, the price-to-book value is more than 12x and the P/E, based on historic earnings, is 71. The market today values this company at Rs19,200 core.

What is surprising is that the shares made this new record, despite the company recently declaring muted performance for 2020-21, with its operations impacted by the pandemic. The company’s turnover this year was marginally lower at Rs980 crore, as against Rs1,073 crore in 2019-20, with its EBIDTA declining by 17 per cent to Rs378 crore and the PAT falling by 19 per cent to Rs269 crore. One reason for the lower turnover was the muted demand from overseas buyers. The company exports nearly 2x of what it sells in India.

Investors are obviously looking at the long-term prospects and are not swayed by short-term aberrations in the performance. One can well argue that the floating stock of the company is low, with the promoters holding 74 per cent of the Rs10 crore paid-up capital. Of the balance, nearly 11 per cent shares are held by mutual funds and FPI. Mirae Mutual Fund and Invesco have shareholdings above 1 per cent each. As many as 81 FPIs have also invested in the company. Individuals hold just 2 per cent shares.

However, it will be a great injustice to the entrepreneurial spirit of the promoters to attribute the high prices only to the low floating stock. There is much more to the company which enamours investors even today. Its track record of rewarding shareholders is a big factor, as is the high standard of corporate governance followed by the company, with 50 per cent independent directors.

It is also amongst the few companies in India that have more than the mandated number of women directors, the tally being four – Vinati Saraf Mutreja and Viral Saraf Mittal, the two daughters of the founder promoter Vinod Saraf; Mona Bhide, a partner with the legal firm Dave, Girish & Co; and M Lakshmi Kantham, a professional with 34 years of experience in R&D of catalysts for green and economical processes.

“We are not concerned with the valuations; nor do we track share prices on a day-to-day basis,” says Vinati Saraf Mutreja, MD & CEO. “We are focussed on developing new products, growing revenues and increasing wealth for all our stakeholders.” Vinati, who joined the company as an executive director in May 2006, has been spearheading the growth of the company since then. Having done her bachelor’s degree in Economics and Finance from Wharton, after completing her studies in Mithibhai College, Vinati also studied Applied Sciences and Pharma at the School of Engineering & Applied Science, in the University of Pennsylvania. She worked briefly with the consulting firm Oliver Wyman in the US, before joining the company promoted by her father Vinod B Saraf, who is now chairman. Vinati was one of the key persons who elevated the company to a level higher than it was since it was promoted in 1989.

The company started as a single product entity, manufacturing isobutyl benzene (IBB) in a plant in Mahad, Maharashtra, in 1992. Its turnover in 2005-06 was Rs66 crore, with a PAT of Rs1.95 crore. It was making a niche product IBB, a basic ingredient for ibuprofen, an anti-inflammatory analgesic bulk drug. The company’s capacity at that time was 10,000 tonnes per annum. Its other plant at Lote near Chiplun, Maharashtra, was producing ATBS, a specialty monomer, with wide applications in oil field recovery, water treatment, adhesives and personal care products.

Today, Vinati Organics is a global producer of both these products and is ranked no: 1, with markets across 35 countries. It holds 65 per cent market share in both these products, with its capacity to make IBB increased to 40,000 tpa and ATBS to 25,000 tpa in 2020-21. It is now an integrated manufacturer of several new butylphenols. The total number of products in the portfolio has grown to 20.

“Vinita was instrumental in inking a long-term detailed agreement with companies like BASF, Dow Chemicals, Eco Labs and other MNCs,” says Vinod Saraf, who readily admits that she was instrumental is accelerating the growth in the company. Most of the production is sold on a cost-plus basis, which is one of the reasons EBIDTA margins have remained at an elevated level of over 30 per cent during the different stages of the cycle.

One of the key strengths of the company is its strong R&D department. It does not conduct original research; it rather looks at process research. It innovates processes and not products. Its key strength is that, in an industry where there are few suppliers globally, Vinati is the only one which allows its purchasers to get timely volumes and also plans out its supplies.

“No other supplier in the world can provide volumes that we can,” says Vinati. “Our volumes allow us a good share in the domestic markets with pricing power.” Vinati Organics works closely with its suppliers and also devises specific products within its portfolio to meet their needs. The basic raw material is sourced from oil companies including Reliance Industries, BPCL and GAIL.

Vinati Organics had undertaken contract manufacturing in the past, but only in those cases, where it could improve on the existing processes or devise its own process to provide justice in producing them. The company is continuously on the lookout to get into new products. The philosophy of the group is simple, says Vinod Saraf.  “We like to get into areas where the entry barriers are high, either by way of technology or capable of scaling up to produce the desired volumes at optimal costs. We will give the customers right quality, right quantity and right price – and will confine ourselves to organic specialty chemicals.” He does not rue the fact that entering into pass-through contracts does not allow him to get the benefit of a super cycle, which is being seen in specialty and commodity chemicals.

Vinati is more of a volume player. In 2009-10, the company went in for backward integration and started making intermediates for agro chemicals. Isobutyl caters to almost 70 per cent of the local demand.

Vinati Organics is a cash-rich company. With Rs300-400 crore cash in hand, the company is gearing itself for fresh capex in related products, which provide synergy to their existing ones. “We are open to takeovers, only if it provides synergies to our existing business,” says Vinod Saraf. “However, in times like these, valuations are stretched. We prefer to devise our own process technology rather than buying it,” he adds.

Recently, the company decided to merge with another promoter group company, Veeral Additives. The scheme of amalgamation will increase the promoters’ shares marginally to 74.32 per cent from 74.06 per cent, after the amalgamation. However, for Vinati Organics, this is a chance to get a ready buyer for its butylphenols and thus allow vertical integration.

The Veeral Additive plant is close to being commissioned. There is a good market for plastic additives and India imports nearly 20,000 tonnes of additives. The company ensures that nothing goes waste. Veeral Additives is expected to add Rs500 crore to the top line. With this deal, Vinati Organics’ top line will go up by Rs200 crore.

Besides, the new projects that have gone on stream will add significantly to capacities. It may take more than a year before the company starts working to its full strength (40,000 tpa), say analysts. It is now planning to introduce another four to five products over the next few years.

Given the revival in global economies, analysts expect Vinati Organics to continue growing, at least for the next few years. 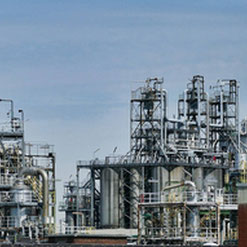