The golden elephant in the room 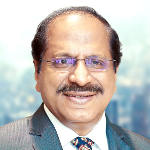 As Covid-19 continues to spread with devastating economic consequences, something quite positive for the people of India has gone unnoticed. It’s well-known that the people of India have, over the ages, accumulated the largest hoard of private gold anywhere in the world. Estimated at about 25,000 tonnes, this gold is now worth about $1.6 trillion (at $2,000 per ounce). Before the pandemic, the same gold was worth only about $1.1 trillion.

In other words, India’s households, which have seen their economic status battered by a shrivelling economy, have also collectively added about $500 billion to their wealth precisely at a time when it was most needed. The economic fallout from the pandemic has in effect generated a sizable wealth effect for our households. For a change, it is likely more pronounced for rural India, where a larger share of this gold resides.

Economists have long discouraged investment in gold, arguing that it fetches no yield and, therefore, made no sense. That’s true but it misses the point that gold is not expected to yield anything. It is considered equivalent to money, and money has no yield. Investing in gold is simply a way of preserving your wealth, particularly in this age of fiat currency, where governments can print money at will.

Today, the faith Indians have always had in gold has been vindicated – and not for the first time either. What’s more, a cursory reading of the tea leaves suggests conditions are ripe for gold to hold on to its gains, at least in the short to medium term. Why this is more likely requires a walk back in time to 2008.

The global financial crisis of 2008 was a watershed in the economic history of the world, as much for what caused the crisis, as for the unconventional methods adopted by the advanced economies to dig themselves out of the hole. The idea of quantitative easing (QE) emerged – that in order to restore growth and lower unemployment, the central banks should stand ready to stimulate the economy by injecting as much money as needed and bring down interest rates to zero and even beyond.

At the start of the meltdown in 2008, the US Federal Reserve sat on assets worth about $870 billion. By 2015, with successive rounds of QE, it had ballooned to $4.5 trillion. Many predicted inflation, but it never happened – not in the way they expected.

As the QE money went into the hands of the financial institutions (Wall Street, not main street), which essentially hoarded the money to bolster their own balance sheets, it had little impact on consumer price inflation. However, asset prices (stocks, bonds, commodities and real estate) did go up sharply, along with equities in emerging markets including India. Since asset prices don’t factor in consumer price indices, the claim that multiple rounds of QE had no impact on inflation was ostensibly true.

In 2018, the Fed decided to normalise its monetary policy and began by targeting a $10 billion monthly reduction of its bond holdings that would gradually increase to $50 billion. Within a year, the Fed had succeeded in bringing down its balance sheet size to $3.8 trillion. But these days, faced with severe economic contraction, the US Fed has fallen back on the same old playbook and restarted the printing press with a vengeance.

Today, its assets have shot up to over $7 trillion, with more stimulus to come. Conditions are now ripe for sustained strength in asset prices including gold, even if retail inflation does not show up.

To make the best of it

While India gains from the wealth effect, so much of gold lying idle in our safes and vaults is a drag on the economy as a large part of our savings is kept out of productive use. In the past, the Indian government made many attempts to get families to part with their gold, but the response was uniformly indifferent.

Few cared to have their jewellery come back as bullion or cash. For most people, buying gold is an emotion-charged investment not unlike buying a house. They invest in gold not for trading or booking gains at opportune moments, but for intergenerational transfer of wealth.

Perhaps, the most practicable way to monetise our gold holdings is to encourage people to borrow against their gold. Here, the jewellery comes back to them in original form once their loan is settled. This uncomplicated business is well understood by pawnbrokers and moneylenders, who have operated for ages in lanes and by-lanes across India.

However, the formal or organised sector’s involvement in the gold loan business is only a few decades old; the greater share of the business continues to vest with unorganised players. That presents an opportunity as well as a challenge. With ownership of gold widely prevalent, gold loans can help elevate a greater part of the population into the ambit of formal credit. Further, as these loans are fully backed by a liquid asset, the risk of loss from defaults is minimised which, in turn, reduces the risk of a wider systemic contagion.

In contrast, loans based on credit risk assessment are inherently riskier as shown by recurring bouts of crises in the financial services sector. It’s true that most gold owners may not require a loan but to the extent that a greater portion of the credit requirements of the economy is met by gold loans, the financial system becomes stronger, and more inclusive.